An easy introduction into this disruptive technology

What is the blockchain?

"The Blockchain is like a digital bank statement assembling transactions between different computers. Each alteration is recorded and stored distributed over different machines. This distribution of information makes it (nearly) impossible to manipulate."
Johannes Kuhn, Süddeutsche Zeitung

The central element of the blockchain is the ledger. The ledger contains all transactions. The transactions are stored tamperproof and easyily accessible.

The following characteristics are essential for the ledger:

The internet as we know it requires a central server that manages the access to the registries and the different entries it stores.

Let's illustrate this in a simple example: 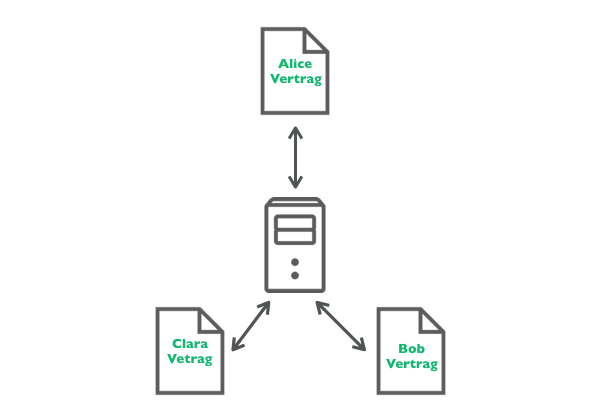 There is no central server managed by the insurance company in the Blockchain. To put it radically simple: The individual parts of the contracts (annual payment, events of loss or damage, etc.) are negotiated automatically between the individuals Alice, Bob and Clara.

The Blockchain has no central instance that manages all contracts. The ledger is distributed over all participants.

Each single participant has one part (a block) of the ledger that contains all transactions. All blocks are linked through strong encryption (chained). 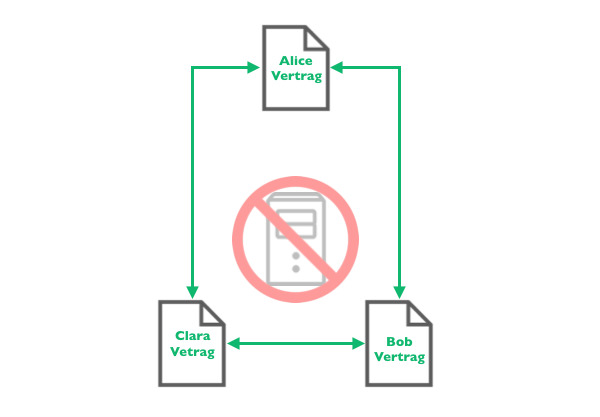 Only by combining the chained blocks it is possible to decrypt their content and read the different contracts (like the car insurance in the above example). Another prominent example is the Bitcoin or several other Blockchain variants.

Another prominent example of a Blockchain is the cryptocurrency Bitcoin. If User A transfers a certain amount to User B, this transaction is stored in the ledger distributed over the entire Blockchain. This concept ensures, that A sends money only once to B (among several other details like f.e. A and B make no special agreement on transfer fees, etc.).

Another great overview of Blockchain and Bitcoins: 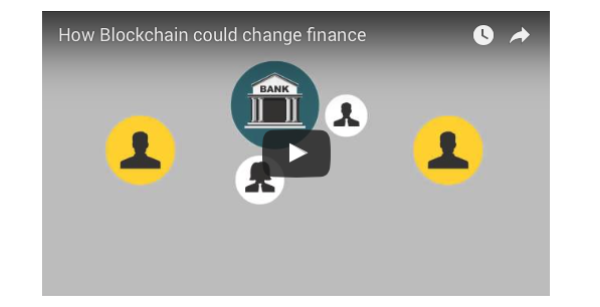